Hanging in the Balance

I love my country, but I am disgusted with some of the less flattering adjectives one could use to describe it in 2020, and accurately so.  I imagine a lot of Americans are feeling this in this very moment as we go into the wee hours of election night.  Those that have headed to bed probably had the help of a little alcohol while the rest are tossing and turning and punching the pillow with every flip flop. I am sure a ton of people no matter how they voted are suffering some election exhaustion.  The people I follow and who follow me on my personal Twitter are frightened and stunned and surprised that our country has apparently taken us back to the 1950's.  But, I am not shocked and the anger is not new to me.  I have been experiencing this on a micro level for the past 4 years. I knew it was coming.  No matter how this election ends within the next few hours and few days and no matter the winner, America has a lot of maturing to do.  I wouldn't mind right now if Storm had some Canadian heritage and a job that was in high demand there.  However, they wouldn't let us cross their border (oh, the irony!) given our Covid corroded American bodies.  And, no, I am not ultimately giving up on America, but I am keeping to myself.

A couple of years ago as I was going through a big change in my life (not THE change), I was questioning parts of my faith and some of the practices of it and I wrote about some of that here then but not in detail.  I was and still continue to educate myself .... surprisingly sometimes fiction speaks to me in the form of truth and experience resulting in me allowing myself some room to grow. The Poisonwood Bible was bitter sweet as was The Great Alone, A Woman is No Man, The StoryTeller's Secret, and Educated.  The common themes in those books were religions that were part if not all cult, children caught hanging in the balance trying to figure things out as adult women, often abused, silenced, dismissed, etc.  But somehow goodness prevails.  A friend who was trying to understand my struggles at the time said to me, "Windy, we are good people. There are good people in the world from all different walk of life....etc..." in response to my fear of reaching out into my own sort of great unknown, great alone.  I didn't say so, but I didn't believe her then and I don't believe her today either.  Maybe I would feel a bit differently today had our nation come together as one with demanding truth over lies, science as our guide, God as our common love not a divisive one and formed a solidarity of voting compassionate, empathetic candidates as the leaders of our country.  But, we didn't do that by far.

Storm and I have not been intimate for a long time because, hey, 2020 is wonderful for the entire world right now and who cares about sex?  I mean, we care, but I'm one of those gals who has to concentrate during sex.  I cannot be thinking about politics or religion or health issues from home all across the world and want to just jump in the sack and have an automatic great time.  Storm can.  Laughing.  Anyway, as he and I like to say when we have unexpected middle of the night sex, "The Cat Burglar" visited me.  The following morning, I said to Storm, "The Cat Burglar was a little upside down, backwards and confused for a bit there last night."  And he chuckled and said that's because he needs more practice.  I told him the cat burglar must have thought he was at a drive in campaign rally with all the horns beeping because he kept trying this beep-beep-beep-beep-beep rhythm on my clitoris that was completely weird and not at all helpful to the cause!  I almost opened my eyes and looked around for Joe Biden's white teeth in the dark. Instead, I flipped over on my back and turned on a low light so the Cat Burglar could rummage around in my drawers a little easier. Beep! Beep!

I am finishing this up the day after Election Day because I went to  bed around 2 am and left Steve Kornacki to work his midnight math magic with the interactive election map.  Poor guy.  I didn't post what I had written last night because I had no idea if I was making any sense.  Turns out, I did okay......... so here it is, a bit about how I feel right now as we're all left hanging in the balance in uncertain times and really not understanding many of our fellow citizens.  I can only imagine what the USA looks like to our allies across the world.  Ugh. 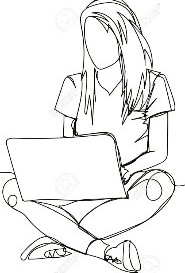