The most common interpretation of the following children's poem is probably a literal one.  Jack and Jill ran up the hill to fetch a pail of water, but Jack fell down and broke his crown and Jill came tumbling after.  But, let's open that little ditty to interpretation.   Let's say Jack and Jill were not brother and sister, but life partners, and that hill that they are climbing is made up of all the challenges they face in their ttwd relationship. Each time they want to reach the summit to quench their thirst, they have to go up that dang hill again.  When Jack "fell down" perhaps he stumbled as in he was being inconsistent in enforcing some aspect of ttwd.  And what is going to happen to poor Jill when her HOH falls down the hill?  She's gonna fall down, too.  Alternatively, perhaps Jill pushed Jack down with her quick temper for reasons such as the following:

When Storm struggles with identifying the times to spank or not, doesn't put the time into reading and thinking (that I think he should) about his dominance or something he feels he needs to improve, I might suggest he read this or that,  in order to meet my needs and to identify and ask for his own to be met.  For us, all of that and more make up the particular hill that we're climbing. My falling down the hill comes in the form of being really angry with him because he's not doing it fast enough or complete enough, etc.  I let my emotions get in the way, particularly I get my feelings hurt, and then let's say I leave the bedroom to sleep on the couch one night.  Often times in the past, I would threaten to do so or just go in the spare bedroom and wait until he comes to get me and he ALWAYS does, which he should.  And I always return to bed with him as I should.

Well, let's just say that one night this week we again had ttwd miscommunication (grrrr!) troubles and fought about it a bit before he fell asleep.  Knowing that he was most likely asleep for the night, I then got up, schlepped all my shit to the couch, stewed, and slept there with the specific intent that he would not know it all night, but as soon as his eyes opened in the morning, I wouldn't be there.  Neither would my blanket and pillow. Storm must now play Where's Windy? 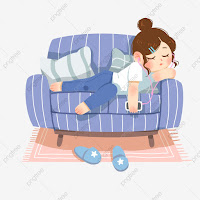 He most likely ventures out to make our daily bread or rather the money to buy it, after his morning whiz to see where his grumpy wife ended up.  He sees me fast asleep on the couch while he proceeds to think whatever his imagination wants to because I didn't flipping care.  Obviously.

Yes, I was in trouble for that and thus the words, "I will always sleep in bed with Storm because it is healthy for our relationship" will have been repeated MANY times in several forms over the course of our private Sunday afternoon.  Basically, I spent a couple of hours suffering the consequences of my poor behavior earlier in the week.

Setting up new rules and protocols takes a lot of mental and emotional work for any couple trying to live an alternative lifestyle such as ours.  Storm is extremely patient and doesn't push.  I, on the other hand, want to shoot out of the starter's block and sprint half way across the finish line in no time.  That we differ in our personalities in this way is no shock to either of us.  Dealing with the  repercussions of my quick temper, however, was a slight shock to me today.  I was in BIG trouble, but I didn't realize what was in store for me.  I couldn't know, given our history of just kind of scratching the surface with ttwd..... okay, maybe we removed a few layers.

He kept me going at a smooth and steady pace by spanking me, lecturing me, telling me what to specifically think about, writing lines, standing in the corner, and spanking me before, and after all those things.  He was getting his first feel (oooh la la!) of the time these things take.  I did lose track of time, but in a non-hurried, casual kind of way.  For me, our couple of hours together could have been days, weeks, or years if I apply a non-literal interpretation.  Does it matter that it was more along the lines of about 2 hours?  Magically, Storm managed to fit several different DD punishments in at one time like we were simultaneously going to run out of time yet somehow had all the time in the world, too.

Although I don't want to be in trouble, I do want to be disciplined and loved by my husband on Sundays or Mondays, any days, all days, always, ...... or a thousand years.