Some people love retro decorating in their homes while others simply enjoy visiting a diner with a jukebox, booths, checkered tile, milkshakes and burgers for a bit of nostalgia.  Everybody loves a retroactive paycheck (as long as the original paycheck is still on time.)  But, have your ever thought about or had a retroactive spanking?

We've all read or actually experienced where a gal feels so much better when she is held accountable through spanking --then there is peace, she releases the guilt, and all is well.  Hmmm.  I guess we just haven't been able to practice it enough for me to experience that...... except for the one Sunday about two months ago where Storm was an HOH that I was amazed by and wasn't used to, but it all went perfect without zero input from moi ....... and I actually did stop feeling guilty.  I guess I did learn my lesson because when we argued more than a month later and I did not want to sleep in bed with him, I remembered the effective way he made me write lines as I was naked about how damaging that is to our relationship.  I don't want to do that again.  And be spanked beforehand and afterwards.

But that was for something current.  What about going back as far as the beginning of marriage? Is that too far?  What about just major events that I know I failed at and do feel guilty about even though he has forgiven me? Just to be clear, Storm is not holding anything against me and this is not his idea.

So is a retroactive spanking in order?  And is that even a thing? Ever done it?  What do you gals and guys think? 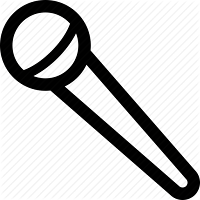 1. It would have buttons for a female voice and a male voice.  English or Spanish options would be nice, too. Or French if you enjoy the language and names like Jean Luke, or you live in certain parts of Canada or used to and/or NOT if you think the French Canadians are a bit much with the expecting everybody to speak French.  Hey, don't get mad at me, I am just repeating what almost every Canadian friend I have ever had has said.  Go yell at them.  Blog land isn't that big anymore, so I am sure you know who some of them are. Laughing!
2.  It would automatically know when you're using it by yourself.......... it would be all, "Hey, girl.  It's just us, but think of that fantasy you had one time where -----"  So, yes, it can read your mind, but don't worry because your husband still cannot no matter if you want him to be able to or not.  He only remembers your fantasies if you have told him 158 times and written him 410 emails about it.  Point is, your secrets are safe with the vibrator.  I'm sure there are pros and cons to sharing your fantasies.  I, for the most part, do not share mine with Storm unless it is something that we would actually consider acting out.
3.  When your Significant Other is being a tool, it would help to have a Pink setting that works like this:  You're just about ready to have the best orgasm you've had all year and Pink starts sing-shouting, "So WHAT!  I'm still a rock star! I got my rock moves!"  as you get off on your bad self.
4.  One of the possible voices would be that of a younger James Earl Jones.  He would be scolding you like he did Simba, but he would obviously replace that with your own name.  Blog name or real name, your choice.  *Shivers*  Or Simba's name if that's your thing, but no thank you for the Furry stories or whatever those dressed-as-stuffed-animals-parties are called.  CSI ruined that for nearly everyone in one of its earliest episodes.  The lab technicians finding fake fur and human semen when they initially thought they were looking at pet fur and dog cum and all that.  Yeah, I'm out.
5. It would offer warnings in any drag queen's voice, "Girl, don't get greedy, you just had a really good orgasm on this level.  Bish, do not turn it up and shoot for another one ....... remember your clit was vibrating for 3 days after that?  *tongue pop* And you didn't get to the second orgasm anyway? And then like a week later, you cracked a tooth?  Not a coincidence."
6.  There is an option for a voice that matches the image of the Maxine lady on the sarcastic greeting cards. Hair still in rollers, no make-up, and she's just making the noise one might make while exhaling that first puff of cigarette smoke after a major orgasm -- you know, that kind where it just seems to tug on your clit in a steady milking rhythm and you have one of those drawn out vagina pulsing orgasms.  Or maybe you don't know and I'm just weird.  Imagine that!
7.  Maxine Version II.   You're peri-menopausal or menopausal, but in either case your libido is gone for now as is Maxine's.  She just grunts if you even pick up the vibrator because she's about as interested as you are.  If you really do want to use her, you have to shake her a bit, but she just murmurs, "Really bitch?"  And then she tells you that if you're serious about giving it a go, then please read #6 again to get a little bit more in the mood ahead of time.
I would find such a vibrator quite entertaining although I would most likely just sit down and have a long talk with him or her privately in bed and save all the vigorous clit work for Storm for later.
What if your vibrator could talk?  Is there something you would want it to say?  Or NOT want it to say?
13 comments: