Love Our Lifestyle - back to the beginning?

Storm and I have very recently resumed some spanking activity.  He initiated this spontaneously.  Perhaps  he had been thinking about it, but he hadn't said anything to me about it at all.  Afterwards, we didn't analyze it together.  We just had a very sexy and kinky weekend with some private time and it was fun.  But, let me tell you where we've been in our lifestyle up until big things took a surprising, but welcome turn.

We have not practiced let alone discussed ttwd in a long time.  It was stressful and upsetting to fall out of this lifestyle, but it is what it is.  When I knew we were losing it in late spring/early summer, I was not a happy camper.  But, I was just not in a place where I was willing to do everything I could to keep it going anymore.  I knew this was tied to my sexuality so I anticipated some tumultuous times in that area as well.

It is a weird feeling to not have a sex drive.  I was hurt, exhausted, confused and angry over many things in life in general, so I was pretty sure that was the reason for the lack of interest in sex, but I also considered perimenopause.  I just felt like I wanted to run away from it all.  Storm and  I loved one another through this, but it wasn't always lovely.   We can't help whatever outside forces were pressuring us both as individuals, as parents, as adult children with aging parents, and as two of the billions of people living in a freaking pandemic. We did some things wrong, but we also did what we could right.  We embraced a lot, talked a lot, and I got upset a lot.  And he stayed quiet a lot at times when I desperately needed him to jump in which drives me absolutely insane.  I warned him that we were losing our ttwd (he obviously knew as he is half of it) and that I could care less about anything spanking.  I didn't go looking for things to spark my interest, but I began to notice that I wasn't reminded of or pulled toward anything spanking related at all.  No blogs.  No reading romantic books.  No researching.  Those funny things that we spankos all have happen to us when we go to a store and see a random wooden spoon or men's belts or whatever, depending on what section of a store we're in ...... the spanking incidentals did nothing for me.  I didn't realize until returning home after shopping that those items did not catch my attention the way they usually would. Same with online things......... neither my mind nor my body responded.  This was new for me.

There came a point where I just couldn't let myself care about it anymore.  I had to put it behind me (ha!) and just get back to what my husband and I had before it, which is in the end, that true love is not just a declaration one makes on her/his wedding day, but it is a commitment that each renews to one another on a daily basis.  Thank God early on in our young lives, we were mature enough to create a great foundation.  It was always been in my favor that Storm is so patient with me. When I finally got to the point where I could talk about it a little bit, I would ask Storm if he worried about it since it was so tied to our sex life.  As you would expect, he wasn't worried.  He missed it and liked the lifestyle, loved the sexiness and intimacy of it all, but he adjusted well without it, from my point of view.  However, one thing that he repeated to me on several occasions was that he felt we would do some form of ttwd in the future because the male to female power exchange is something that we were always drawn to and he felt we would naturally meander our way to it again. Hmm.  At first I was annoyed by his assumption and I asked if this was just magically going to happen because I certainly wasn't ever going to initiate it again.  I didn't believe him because I didn't think I had it in me anymore.  Nevertheless, subconsciously, I think him saying and believing the power dynamic is kind of "us" comforted me and let me just be.......

My summer was filled with a kind of mindfulness, I guess, through gardening and learning to paint furniture.  It was also filled with something we call "junkernecking" which is going about your business driving around town, but whipping your neck around to look at someone's driveway you just drove by if it had a discarded, but still decent (and sometimes antique and worth $$$) wooden furniture set out for whomever wanted to rescue it.  No, I do not dumpster dive, in case you're wondering.  Laughing.

One hilarious thing that Storm and I did together this summer was learn to chop wood.  I just figured that I needed to be true to my redneck roots (not politically, barf!), and how could I be a resident of my area of the country my whole life and never have swung an ax or 10 pound sledgehammer?  Apparently after the age of 50 was the time for me and Storm to learn this skill.  Laughing.  Storm should have told me to go to heck with this harebrained idea, but he didn't because he wants to make his wife happy and he didn't want to damper my adventurous outdoor spirit that I just recently discovered I didn't know I had inside me.  Folks, that is hard work to place a wedge in a giant ass ring of wood from a felled tree and continue to strike (and miss) it until it splinters into 2 pieces, and then repeat that process until you have firewood size pieces. We don't even have a fireplace!  We were sore for days and I was sore in places inside me that I never knew existed.  We got overheated, out of breath, took turns, and laughed our heads off during this process.  We did this several times over the summer until finally, when I was at the doctor for what I thought was female pains, he concluded that it was my back causing all the problem.  I was like "Really?  Lifting a sledgehammer and splitting wood could cause all this pain down there for me?"  Him, "HELL, YES!"  Laughing.  He's right. I'm improving since not doing that anymore.  My back still needs to heal but the other parts feel much better.  Gosh, what was I thinking?! And my poor husband being such a good sport just took it all in stride, but he is glad we are done with that activity.  Don't worry, I have more adventures planned!

I have continued with the furniture hobby and I am learning a lot, many times what not to do!  And there is something about it that is kind of like meditation.  I'm learning new skills which is great for my old brain, but also thoughts are naturally coming and going......and then they can just float out in to the open air, I guess and not bother me as much anymore?  Or at least I could leave them for a while even if they did come back later.  I needed this solitary time.  Why does there seem to be something about that that frees one up a bit to later deal with both serious and mundane things involving others? 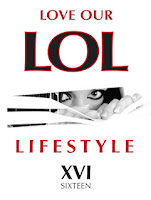 Our summer has been a different lifestyle than the one we were living with ttwd.  Parts of it were better, parts were not as good, but all of it was necessary.  And Storm was right ....... for whatever reason,we found ourselves in the bedroom wanting to be intimate with one another although it took a bit of persuasion on his part to get me in the mood.  He worked his own kind of special magic that he has with me, and then he spanked me during this in a sexual way.  To my surprise and delight, my body and mind responded.  Holy smokes.  I am still turned on by this.  I honestly thought it was gone.  It's not gone.  And it came back to repeat itself the following day as well at Storm's instigation for a second time......It's a good feeling to know that the Storm still Whispers to the Wind, which is how all this started in the first place.  What comes next?  Back to the beginning?  We were, after all, engaged an inordinate number of years ago today.!

So hello to the blogging world again.  Thank you for visiting and reading today.  Please leave a note below letting me know how you are doing and how your lifestyle is going, whatever it may be.  Much love to you all.